Every VoIP user should be somewhat familiar with Session Initiation Protocol or SIP. This is the backbone of the operation that makes and carries out calls in many versions of VoIP, whether those calls are being placed on your company's phone system, your smartphone, or a social media app.

When you make and complete a call, SIP contacts the receiving device, determines the call's nature and completes the connection. After that, another protocol delivers the content of the call. When the call is completed, and the parties disconnect, SIP is the one that terminates the call. As straightforward as this sounds, there are some security issues associated with SIP. The right VoIP provider will have a comprehensive, proactive plan to address these issues.

SIP wasn't originally designed with the highest level of security; with modern-day hackers, this is a goldmine. SIP is a text-based protocol that, simply put, resembles HyperText Markup Language (HTML), which is often used with emails and websites. There is a header that includes information about the caller, device used, nature of the message, and other details related to completing the call. The device receiving the call (cell phone, VoIP phone, Private Branch Exchange or PBX, etc.) examines the request and decides whether the call can be completed or if it can only work with a subset.

The device receiving the call sends a code to the user making the call and lets them know if it was accepted or rejected. Like the 404 error many web users see, some send codes when an internet address cannot be reached. This is all plain text and is carried out over WiFi. Many hackers have tools readily available to listen to unencrypted phone calls using WiFi.

Types of Threats to SIP

There are security tools available to assess threats to your operating systems, applications, or protocols. Their usefulness is somewhat limited due to how they are implemented, applied, located, updated, and maintained.

The most common type of threat is IP-related. Attackers can create fake IP packets with your IP address and impersonate your devices; thus, they make unauthorized calls from your SIP-based VoIP phones. This is commonly called “spoofing.” Some most commonly susceptible devices to spoofing include Domain Name Servers (DNS), Media Gateway Control Protocol (MGCP) servers, registration servers, and SIP proxy servers.

Hackers can access your IP address by calling your VoIP phone or one of the extensions and latching onto its data packets. Once they know your IP address, they can begin eavesdropping on your calls. Then all VoIP data packets designated for your machines are also directed to the hacker's machine. Spoofing is a severe and scary threat since it evades most intrusion detection tactics. The best way to prevent spoofing is a firewall.

Another familiar, weak spot is known as "application layer ping." This is an open gateway to malicious message flooding by hacker computers. This often results in overloaded and dysfunctional network operations.

A call flooding attack is one of the most used threats out there. Attackers first take over your network and then flood your VoIP system with spam calls. When you pick up the line, the attacker hangs up. This is purposely repeated to effectively block your system from completing outbound calls or receiving calls. The result is your phone lines are always busy, and legitimate customers are unable to contact you.

Two of the most common eavesdropping techniques hackers use are Voice Over Misconfigured Internet Telephones (VOMIT) and SIPTap, a product that made the VoIP community open their eyes and ears. Both of these are tools used to spy on your company. Your only defense against these attacks is data encryption. But, encryption might not make much of a difference because Transport Layer Security (TLS) requires endpoints to swap encryption keys. An attacker could intercept this exchange and decode the data packets.

One of the most attractive features of SIP is its interoperability. However, in terms of security, this is also a weakness. This is because of the various control aspects of the network. These multiple devices can transmit their vulnerabilities to one another and potentially compromise the entire system's security. It is essential to build a unified security solution to combat these weak points.

This type of attack is an extreme threat to the integrity and confidentiality of your data. The attacker can hijack your signal and use it to change flow direction, edit encryption keys, or reroute service profiles. Such an attack would result in a lot of false user registrations.

VoIP is an ever-growing and ever-changing technology. It is constantly evolving and being modified to fend off various security threats, in addition to utilizing comprehensive tools and methods to combat SIP security threats.

While no network anywhere is ever completely secure, becoming aware of and understanding threats is a great place to start. Be sure to talk with your VoIP provider and take every precaution available to you.

An easy way to securely run SIP calls is through a virtual private network (VPN). However, you'll need to test this for your business and ensure your VPN provider gives you enough bandwidth. Unfortunately, the SIP data cannot be encrypted, which means that the SIP data can be used to gain entry to the VoIP server or the telephone system by spoofing a SIP call. Although this would require a rather complex and targeted attack.

Set Up A Virtual LAN

If you’re worried about your company's VoIP calls, you can configure a virtual LAN (VLAN) for VoIP and, if you're using a VPN to a remote office location, then the VLAN can travel over that connection as well. A VLAN effectively provides a separate network for voice traffic, which is essential for security because you can control access to the VLAN in many ways.

However, suppose your company has a telephony gateway that accepts SIP calls from outside your network. In that case, you will need to have a SIP-capable firewall that can analyze the contents of messages for possible malware and spoofing. This type of firewall should block non-SIP traffic and be used as a session controller to keep unwanted malware.

Malware can work its way into your phone system in multiple ways. An Internet of Things (IoT)-like attack could corrupt your phones and send information all over your network. Malware could also spread to other phones and shut down your entire communication system.

You can help prevent attacks like this by treating your business's VoIP system with as much caution as your networks. This can sometimes be a challenge, since not all security precautions are aware of SIP and because SIP is used in many voice, text, and video conferencing applications. Address all concerns with your VoIP provider and ask how they can help you detect fake calls.

Additionally, you can configure devices to require SIP authentication. Examples of this step include using a valid Uniform Resource Identifier (URI), a specific username that can be authenticated, and a strong password. Using strong passwords is critical for SIP devices. Finally, ensure that your malware detection and prevention systems are updated and constantly running.

Every business communication system presents security vulnerabilities and risks. The right VoIP provider can help mitigate the risks associated with SIP, along with other security issues you might encounter. 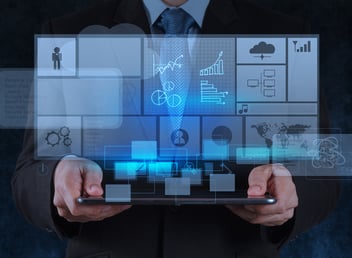 10 Factors to Consider When Choosing a SIP Trunking Provider

Since it became more widely available, businesses have been steadily switching from conventional... 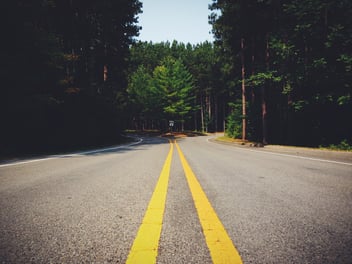 When it comes to implementing Voice over IP (VoIP), two options compete: SIP trunking vs. hosted... 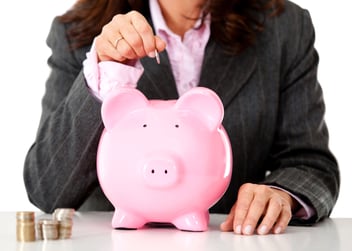 How SIP Trunks Help Save Money