In celebration of Black History Month this February, Simplicity VoIP would like to highlight four innovators in the technology and telecom field that have helped make the industry what it is today. Pictured above, from left to right, are Emmit J. McHenry, Dr. Shirley Jackson, Marion Croak, and Jesse E. Russel. Read on to learn more about their valuable contributions!

Emmit J. McHenry, a Marine Corps veteran, co-founded one of the earliest leading internet providers: Network Solutions, Inc. After that, he established NetCom Solutions International, a telecommunications and engineering company.  He has received accolades from both NASA and IBM.

Dr. Shirley Jackson was the first woman awarded a doctorate in nuclear science from MIT. Recognition of women in the sciences is of the utmost importance in today's climate, where women are breaking the glass ceiling like never before. Dr. Jackson’s research contributed to the development of the portable fax, the call waiting technology, and caller ID among other things. Dr. Jackson is currently the president of Rensselaer Polytechnic Institute.

Marion Croak is another leading woman in the science and technology industry. She owns over 135 patents related to VoIP (voice-over internet protocol). Marion Croak is currently a senior vice president of research and development at AT&T, and was inducted into the Women in Technology International Hall of Fame in 2013.

Jesse E. Russel contributed to the development of what is now a basic necessity for most people: the cell phone. He developed the technology that transmits radio waves to and from mobile phones. Formerly the Chief Wireless Architect at AT&T, Mr. Russel continues to work in the tech sphere today.

From the creation of caller ID to new innovations in cell phones, Simplicity VoIP has these four scientists to thank for many of the technologies and developments that help our business thrive today. 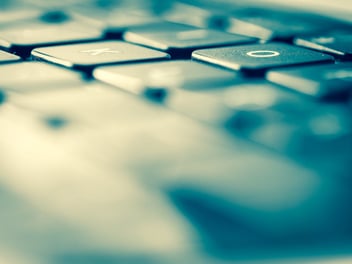 The Internet is a vast, possibly infinite sea of information. Never has there been a technology...

Watch out online shoppers! Black Friday and Cyber Monday are the busiest on-line shopping days of...