February is Black History Month, and Simplicity VoIP would like to highlight five significant contributors who have worked tirelessly to make the technology and telecom industries what they are today.

Marian Croak is the primary inventor and developer of Voice over Internet Protocol (VoIP). She created most of the processes and features that vastly improved VoIP's reliability and paved the way for universal adoption. Croak has over 100 patents in VoIP technology and is currently awaiting review for over 100 more. Croak's groundbreaking work in the telecommunications industry has enabled consumers to communicate through audio/video while using the Internet efficiently. She is currently a VP of Engineering at Google and has previously served as Senior VP of Research and Development AT&T Labs, where she supervised over 2,000 engineers.

Harry Sampson is a groundbreaking American innovator in the telecom and wireless industries. He holds several U.S patents including the Gamma-Electric cell (co-owned with Geroge H. Miley). In 1971, Sampson and Miley invented the Gamma-Electric cell, which converts high radiation energy (a.k.a gamma rays) into electricity. Thus, making it possible to send and receive audio signals through radio waves wirelessly. Without his contributions to technology, we would not have the cellphone we know and use every day.

Gladys West is an American mathematician whose work significantly contributed to the development of GPS (Global positioning system). GPS technology is now the backbone of online map services like Google Maps that many people and industries worldwide rely on every day!

Her contributions can be seen in modern VoIP features such as E-911, enabling emergency responders to pinpoint a caller's location based on GPS triangulation.

James E. West (no relation to Gladys West, above) is an American professor, acoustician, and inventor who created and patented the technology that is now heavily used in microphones, including the microphones used in all phones, video recorders, hearing aids, and more. West owns over 250 foreign and U.S patents for creating and designing various microphones. About 90% of the 2 billion microphones produced each year are based on West's foil-electret. Products spun from his original invention are found in many of our daily used items like telephones, hearing aids, baby monitors, audio and video recording devices, and so much more.

Victor Lawrence is an Electrical Engineer who is widely recognized for his contributions to global telecommunications. Lawrence was born in Ghana but later received his B.Sc., DIC, and Ph.D. degrees in electrical engineering from the University of London. His work has made high-speed connections more widely and readily available, facilitated many expansions in broadband, DSL, HDTV technologies, wireless data transfer, and accelerated the global Internet growth. His work has accelerated the areas of data encoding and transmission, modem technology, silicon chip design, ATM switching and protocols, speech and audio coding, and digital video.

Lawrence is now a primary faculty member at the Stevens Institute of Technology and strongly advocates for ushering in Internet access to the world's poorest countries. Lawrence has taken the lead on efforts to lay high-capacity fiber optic cable along the west coast of Africa.

The telecommunications industry would not be the thriving industry we know today if it weren't for these innovators. We are thankful for their vision and contributions to American connectivity and communications today and every day, especially here at Simplicity VoIP. 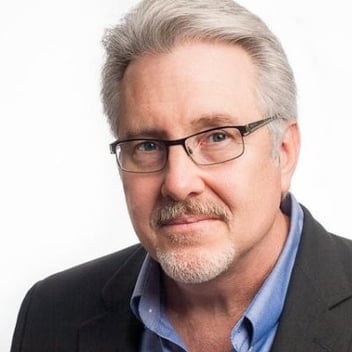 As part of our ongoing series highlighting members of the Comtel and Simplicity VoIP team, we sat...

2020 has proven a trying time for businesses as they faced the challenges to maintain...