A lot of moving and shaking goes on in Kathy Tappen’s class at St. Andrew’s School, even when her second-graders are sitting completely still.

Anytime the fourth-graders upstairs or the kindergartners downstairs get active, the floor in her room bounces.

Finding and fixing the problem is one of the critical issues the school will address this summer in a $1.2 million renovation of the imposing Gothic building at Cherry and Idlewood streets in Richmond’s Oregon Hill.

“That whole side of the building has something internal that’s making it a little wobbly,” said Michelle Rosman, the school’s director of communications. “That’ll be one of the mysteries of the summer when they take that apart.”

Fundraising for the renovation took only five months to surpass its goal. About $1.49 million was raised through a combination of grants, gifts and in-kind donations of services and materials.

The Monument Companies, which is managing the construction, donated its contracting fee and offered to monitor the work to make it eligible for historic tax credits.

“We are thrilled and somewhat in awe at how quickly this came together,” said Cyndy Weldon-Lassiter, head of school.

“But when people hear the story of St. Andrew’s and understand all that we do here and the difference it makes in the lives of our students, it isn’t difficult to decide to support the school.”

An assessment of the building last fall identified urgent repairs needed to its roof, gutters and walls.

Water leaks had rotted the woodwork around some of the arched windows which caused paint to peel and plaster to crumble in some rooms. The school also needs an HVAC system, technology upgrades and new furniture for classrooms and offices.

“One of the biggest things is the new HVAC system,” Weldon-Lassiter said. “We won’t have a boiler and AC units in the windows. We will have central air, which is a big part of what we see for the future — we’d like to have year-round school."

“That HVAC will allow us to utilize the building throughout the year. It also decreases our energy costs.”

The school’s innovative programs include violin lessons for all 96 students using El Sistema, a program developed in Venezuela for low-income students. Lessons include not just musical notes but also respect for the instruments and one another.

The sounds of fingers plucking violin strings soon will yield the sounds of hammers and saws.

“We end school on the last day of May,” Rosman said. “The moving men come right after graduation and clear out the building. We will be under construction all summer.”

St. Andrew’s School has been educating economically under served children for more than 120 years.

The first children to benefit were those in the surrounding neighborhood when Oregon Hill was a hardscrabble part of town.

Now, St. Andrew’s offers a free private-school education to 96 children from across the metro area, primarily from Richmond but also from low-income areas of Henrico and Chesterfield counties. Despite their limited income, the families must be able to provide their own transportation.

Sometimes it’s a struggle, Rosman said, recalling a woman whose car broke down.

“She would take the bus and walk from Belvidere and Broad to Oregon Hill every morning, with a 6-year-old, and do it again at the end of the day. It went on for a couple of months until she could get another car.”

Families are willing to make that sort of effort because they want the best for their children, Rosman said.

“They understand that if children receive a very high-quality education, especially at the very beginning, it will mean that they head on a different track as they get older. They see it as a more likely path to college.”

Graduates of St. Andrew’s get help in finding high-achieving middle schools, which lead to high-achieving high schools and colleges, often with continued scholarship help along the way from the new institution.

“Once they’re our student, they’re always ours,” Weldon-Lassiter said. “We want to follow them all the way through.” 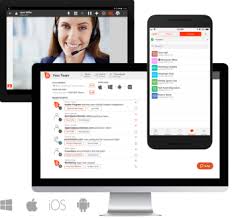 These days, a common offering through VoIP solution providers is access to a softphone. But what is... 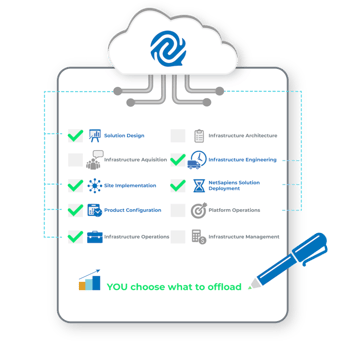