Why Internet Communication is Changing Everything

This may seem like a no-brainer, but there's actually much, much more to Internet communication than meets the eye. Internet communication is the act of exchanging packets of information, data, through a global network. This is done by uploading data from one computer, and another computer downloads that same data. This process completes every time you video chat, send an email, reconnect with long lost friends, pay your bills, or look at cat pictures. The possibilities are endless. It is common knowledge that the Internet is irreplaceable, but there is so much more than just checking your emails or looking at cat pictures. Why does that matter? What else is there? Read on to find out.

1.The scale of the Internet is immense and constantly expanding. It takes Google 1,000 computers to do one search in 0.2 seconds. To manage this massive amount of computing, there are data centers that house these servers that are the size of university campuses. They have their own power grids, and are basically self sustainable. They are some of the most secure places on the planet.

2.Online feedback is revolutionizing the consumer industry. Amazon has decided to be the "most customer-centric" company and they are succeeding. They have enabled You to chat with live support in as little as 8 seconds through their tablets. They accomplished this by listening to what their customers wanted. Why do people fill out reviews online? They can't all be read, right? Wrong! That data is essential to the healthy upkeep of any e-commerce site, or even brick and mortar store. People are more likely to fill out anonymous, easy to access forms than fill out one they have been asked to complete.

3.Online forums are redefining our culture. Anyone can talk to anyone, anytime, anywhere, and about anything. Globalization is a real, tangible result of the Internet. Never have more people from different cultures interacted in such large numbers. They even found a way to share common ground through memes. Richard Dawkins had no idea that his concept of a "meme" would become such a universal term when he wrote The Selfish Gene in 1976. A meme (meem) was originally defined as a discrete unit of culture, and that's pretty much how it has emerged today. Everyone has seen at least one, and maybe chuckled, or maybe just didn't get it. Memes have been around for over ten years, but have really only become common knowledge in the past year or two. Think of it this way: Seinfeld, and all other sitcoms, are, by definition, memes. They are relatable discussions on culturally accepted norms, that are revealed in a humorous way. They engage us and help us to feel connected. That is the power online forums such as Reddit have today. They reveal cultural shifts in real time, through memes, discussion, and video. Even further, what is chosen to be popular is democratized. Community voices vote on the humor, inspiration, use, etc. revealed by a meme, video...., and the less relevant posts are lost, and the more relevant posts are promoted. They're not as silly as some might think.

4. The Internet is written in ink. No, you cannot totally remove anything you submit from the internet. It will exist in perpetua, until the end of time. Everything that is written is saved verbatim, and can be carefully analyzed,documented, and reused. Once upon a time, you could do or say something embarrassing and the world would laugh and then forget. Now, with the Internet, the world laughs, forgets, remembers because it is permanent, and then laughs again. Though there is more to it than embarrassment and humor at the expense of others. Imagine being able to keep dedicated records of every monetary transaction your business has without having to write or type anything. Or capturing the data on every customer that frequent your store. Marketplaces have changed because segmentation is now immensely more successful and data-driven. Even logistics pipelines are now run with efficiencies never thought possible.

5. The real world hasn't been lost. Daily life continues to contextualize discourse online, and to keep the digital world, which often appears to be quite nebulous, grounded in reality. Current events are discussed in real time, and often news is broken through online communities before any news outlet hears anything. Further, online discussion boards are often more reliable sources of information than mainstream media. Applications like Twitter enable real-time reports by individuals currently involved in an notable event. Further than this, each participant in this discourse can determine the exact quality and quantity of their interaction with their community. People don't accidentally blurt out what they're thinking online. Writing is a deliberate process that can take a great deal of time to prepare.

To conclude, Internet communication changed the way we as humans interact with our world, and with each other. We are firmly within an era where new information is available instantly, and notable events can change national sentiments just as easily. If you're interested in moving towards improving your business communications with internet technology, consider VOIP, which enables businesses to communicate totally via the Internet, without a phone line. click the button below to get in touch! 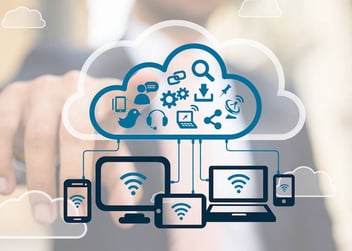 Effective communications are paramount to business success, which is why VoIP has grown in... 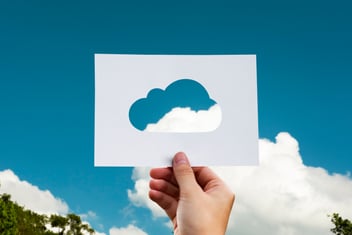 What is the "Cloud"?

According to Synergy Research Group, the worldwide cloud computing market grew to $110 billion in... 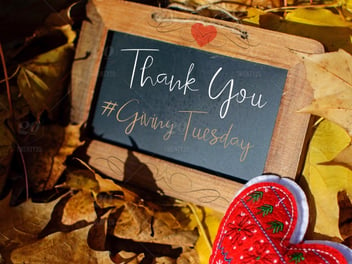 Join Us for #GivingTuesday

After the festivities of Thanksgiving, the hustle and bustle of Black Friday and Cyber-Monday’s...